Sound of Yell Live at Farbvision! 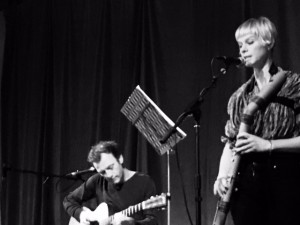 Sound of yell are playing Farbvision Gallery in Berlin on Nov 18th. Home to Infinite Greyscale, who released the remarkable Light the Currents 10″ edition earlier this year, this should be a very special occasion. Live musical events are few and far between at the striking gallery space with previous performances being from the likes of Laetitia Sadier and Mouse on Mars’ Jan St. Werner. It’ll be a trio performance w Victoria Morton and Georgie McGeown. Farbvision, Schonhauser Allee 28, 10435 Berlin 8pm 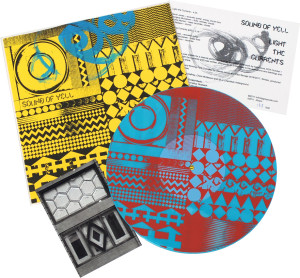 A new Sound of Yell record is coming out on July 7th as part of the delightful Infinite Greyscale 10″ singles club. They’ve been releasing a series of remarkable one sided, screen printed, colour vinyl releases from artists such as Sound of Yell faves Holly Herndon and Mouse on Mars. They run the label out of their art gallery in Berlin and have 2 new releases, ours and Gajek’s up next. Check out their website for the full back catalogue. We’ve 2 new tracks on our audio side : Light The Currents (pt1 and pt2), featuring Vikki Morton, Georgina Mcgeown and Alex Neilson.

Dear friends Collective Endeavours with whom Sound of Yell have worked closely with over the years in countless contexts are hosting an exciting evening as part of The Tramway’s programme at Dance International Glasgow festival. The core duo of Jer Reid and Solène Weinachter are joined by a fluid and exceptional array of musicians and dancers with a strong improvisatory element. A special evening for sure. Seke Chimutengwende is also performing. April 30th at Govanhill baths. 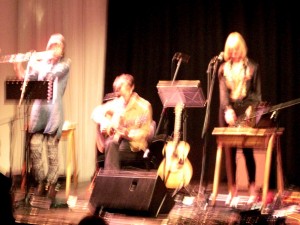 Outskirts festival returns to Platform with another excellent line up including Josephine Foster, Nic Green and Pester and Rossi among many others. Sound of Yell will also perform their soundtrack to La Coquille et la Clergyman (The Seashell and Clergyman), Germaine Dulac’s pioneering silent surrealist classic. Outskirts is an all day event on sat April 22nd with running order TBC.

Sound of Yell will be out on the road once again in Feb/March with the Alasdair Roberts Trio, featuring Stevie (on double bass) and Alex Nielson, who will be performing songs from the new (and considerably critically acclaimed) album Pangs.

Sound of Yell will feature Ali and Alex too, and will perform as a 5 piece in London (at a sold out Cafe OTO show), Reading, Glasgow and Edinburgh. Aby Vulliamy will also be joining us at The Ropery Hall in Barton on Humber. 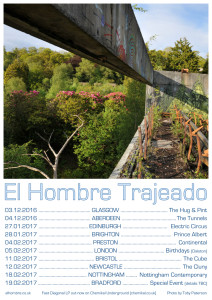 Stevie’s old band, El Hombre Trajeado, a collaboration between Hubby, Stef Sinclair and Ben Jones have reformed, recorded a new album (released on Chemikal Underground 2/12/16) and are playing some shows (check poster for details) over the next couple of months. Stevie & Hubby have played loads together since the band disbanded in 2005 (?) but this is the first that the four have been back working closely since. The album features guest vocalists Chris Mack (James Orr Complex), Ela Orleans and Sue Tompkins (Life Without Buildings). The record launch will be at The Hug & Pint on Dec 3rd with Ela’s excellent viola & electronics outfit TRACT. 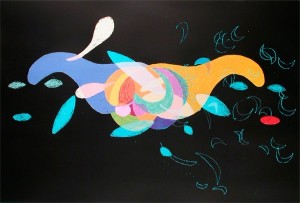 The DCA are showing a substantial and thoughtful collection of work by the inspiring artist, animator and musician Katy Dove throughout October and November. To see this show is absolutely essential and Sound of Yell are honoured to be playing an afternoon set on Sunday the 6th of November to mark this event. We’ll be playing as a trio, Stevie, Vikki and Georgie with steel string guitar, woodwind, chimes, percussion, vocals and electronics. Exhibition open from 11am – band on stage 2:30 prompt. 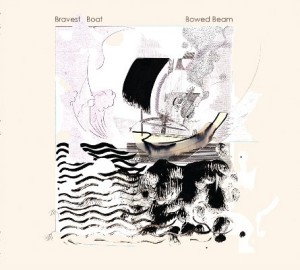 Bravest Boat – a group featuring Stevie, Aby, Rafe and Georgie from Sound of Yell, along with Jer Reid, Fritz Welch and George Murray have released an album on Shadazz called Bowed Beam. Structured improvisations and prepared spontaneity, it’s sits alongside the Sound of Yell stuff nicely. They are touring in May & June. Details and more at the Bravest Boat website.

The Seashell & The Clergyman live score at The Fantom Salon 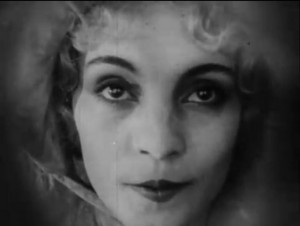 Sound of Yell have written a new score for Germaine Dulac’s masterpiece The Seashell & The Clergyman to be performed at The Old Hairdresser’s as part of their extraordinary Glasgow International Fantom Salon programme. The screening will be on Sunday April 10th, part of a line up that will also see Ela Orleans premiere a score for Carl Theodor Dreyer’s Vampyr and Sven Werner/Graeme Miller/David Russon perform an audio visual piece for prepared piano. Sound of Yell’s score for The Seashell and Clergyman will be be played on bass flute, chimes, viola, clarinet, guitar and violin by Stevie Jones, Georgina McGeown, Rafe Fitzpatrick, Aby Vulliamy and Alex South. Dulac’s pioneering surrealist classic from 1926 will begin at 8:15 sharp! 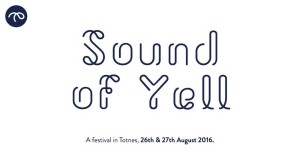 Some festival shows have now been announced for the band later this year which sound like a load of fun, with full band sets at Doune The Rabbit Hole (21/08/16) and The Glad Cafe’s Gladfest (12/0816). More on the Gladfest soon but Doune has a load of great stuff programmed including Sound of Yell collaborators Emma Pollock and The Crying Lion plus the mighty Cate le Bon headlining. There’ll also be a trio set at Sea Change Festival (27/08/16) in Totnes, with Ali Roberts and Alex Neilson. The Alasdair Roberts trio and Death Shanties are playing too, as well as some great stuff; Richard Dawson, The Drink and loads more. More dates for Sound of Yell to be announced soon too

Sound of Yell will be playing as part of the Chemikal:Land bill at Edinburgh Hogmanay’s NYD celebrations. At various secret locations around Edinburgh between 1 and 5, revelry will continue with live music and more. Also playing as part of the Chemikal Underground line up are Emma Pollock, Miaoux Miaoux and RM Hubbert. Visuals will be provided by James Houston. Sound of Yell will be performing as a duo between Stevie Jones & Aby Vulliamy and word is that there may be some collaborative shenanigans between acts. FREE tix and more info on the superb line up across the venues here 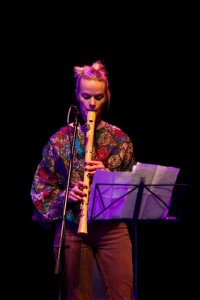 Sound Of Yell will be performing at Celtic Connections this January as part of The Glad Cafe’s programme alongside The Gowden Day Song Cycle. Gowden Day – a project of Daniel Padden & Wounded Knee (also feat. Greg Sinclair and Sound Of Yell players Stevie Jones & Alex South) will be headlining. The Glad cafe’s excellent Celtic Connection line up will also include Sokabauno Puppet Company & Alasdair Roberts performing Galoshins on 24/01/16 and Douglas T Stewart and The Glad Cafe Choir singing the songs of Ivor Cutler on 22/01/16. Details of the musicians and instrumentation for the Sound of Yell set coming soon. More on Celtic Connections at The Glad Cafe here.

El Hombre Trajeado (Stevie, RM Hubbert, Ben Jones and Stef Sinclair) are playing their second show in 10 years at the opening night of the splendid The Only Way is Ethics festival. The line up is fantastic w Sound of Yell faves Karine Polwart and Ela Orleans also on the bill, along with a programme of choirs, hip hop, strings and poets. The show is at St Lukes nr Glasgow Barrowlands and is on Sunday 29/11/15 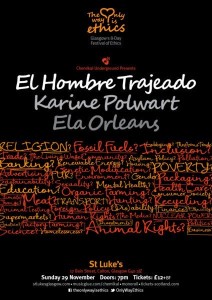 Sound of Yell will be supporting Bill Wells and Aidan Moffat again on their upcoming October Scottish dates. These will predominantly be Stevie solo but watch out for the odd guest musicians too. The shows will be at Paisley Art Centre (as part of the Spree Festival) Sun 11/10, Eden Court in Inverness Tues 13/10, Perth Concert Hall Wed 14/10, Dunfermline Carnegie Hall Fri 16/10 and finishing at Stirling’s Tolbooth Sat17/10. Stevie will also be playing double bass with Bill and Aidan, alongside Danielle Price on tuba and Robert Henderson on trumpet. Links and more details in sidebar or here 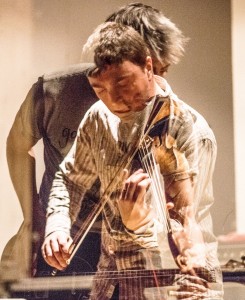 Sound of Yell will play three special shows with an affiliated project of Rafe Fitzpatrick’s at the end of October. Yng Nheredigion is an ambitious multi media piece conceived by Rafe and realised with his band Pulmunon 70, a group featuring Stevie on Moog and double bass,  Jer Reid on electric guitar and harmonium and Mickey Truswell on drums. It features film, animations and a narrative that explores Rafe’s relationship with his homeland. Stevie and Rafe will also perform a Sound of Yell duo set. The venues for these shows include the stunning Ceridigion Museum in Aberyswyth and Small World Theatre in Cardigan.

Stevie will be playing a couple of short sets at Butterfly Rammy, the Common Weal’s Edinburgh Fringe residency at The Stand in The Square, St Andrew’s Sq. The early afternoon show (12:20) on August the 9th will be based around the scots term DOUR and will also feature talks and performances from  Sarah Beattie-Smith, Tam Dean Burn, Brian Logan and Pauline Goldsmith. 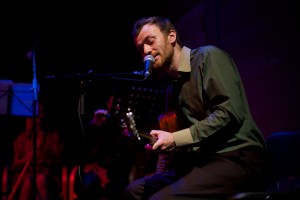 Sound of Yell will play a FREE afternoon show at Mono in Kings Court as part of the Merchant City Festival on August the 2nd. It’s part of Glasgow City Music Tours programme and will end their tour of the city’s musical places of interest, including the Panoptican and Glasgow Barrowlands. Check out Stevie’s interview with them on their blog here 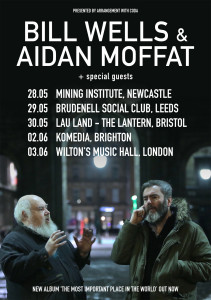 There’ll be a string of Sound of Yell shows, opening for Bill Wells & Aidan Moffat on their ‘The Most Important Place in the World’ tour at the end of May. (Stevie’ll also be playing some upright bass during Bill & Aidan’s set.) There’ll be opening solo Sound of Yell sets at Brighton’s Komedia (June 2nd) and Wilton’s Music Hall in London (June 3rd) and duo sets at Newcastle Mining Institute (May 28th) and Leeds Brudenell Social Club (May 29th). Aby Vulliamy will be playing the duo sets on vocals, viola and saw.

Sound of Yell will be playing a full band show at The Roundhouse in London supporting Mogwai as part of their 20th Anniversary festivities with All Tomorrow’s Parties. Also 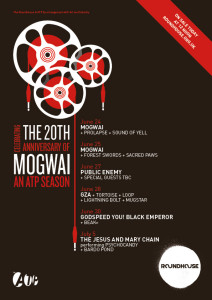 reforming to play the same night of June 24th are the mighty Prolapse. The gig is part of an incredible mini festival featuring Public Enemy, The Jesus and Mary Chain, Sacred Paws, Lightning Bolt and Tortoise among many others. Click poster to enlarge.

In addition to the dates with Alasdair Roberts in Feb/March, two in store shows have been added to the tour.  Stevie will play Rough Trade West in Covent Gardens on Feb 27th at 6PM  London and Rough Trade Nottingham on Mar 11th at 7PM. Note that Ali R won’t be playing these shows! 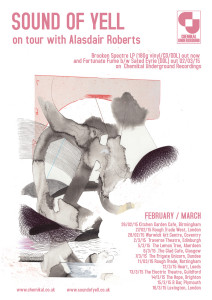 Stevie will be touring England and Scotland in February and March playing a solo Sound of Yell set supporting frequent collaborator and Sound of Yell contributor Alasdair Roberts.

There’s been some fine reviews of the album coming in:

And here’s a review of the full band album launch show at Platform: 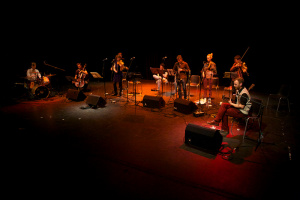 Stevie will be playing a Sound of Yell solo set on a couple of shows supporting his old band mate, collaborator and life long friend, RM Hubbert. He’ll be playing alternative arrangements of some of the Brocken Spectre tunes on acoustic guitar, moog, tapes and tabletop guitar. The shows are at The Caxton Arms in Brighton on Nov 29th and The Lexington in London on Nov 30th. 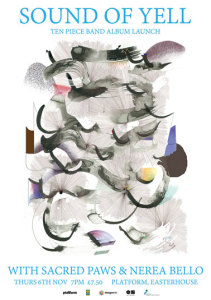 Sound of Yell will be performing at Cowane’s Hospital on 27/9/14 with Emma Pollock and Rick Redbeard as part of the Stirling Fringe Chemikal Underground night.

The Sound of Yell debut album Brocken Spectre will be released on 17/11/14 on Chemikal Underground. CD/180g heavy vinyl and digital download. To mark the release, we’ll be playing 2 launch nights at Platform in Easterhouse, Glasgow and The Vortex Jazz club in Dalston, London as a 10 piece band. 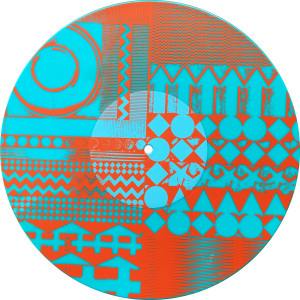 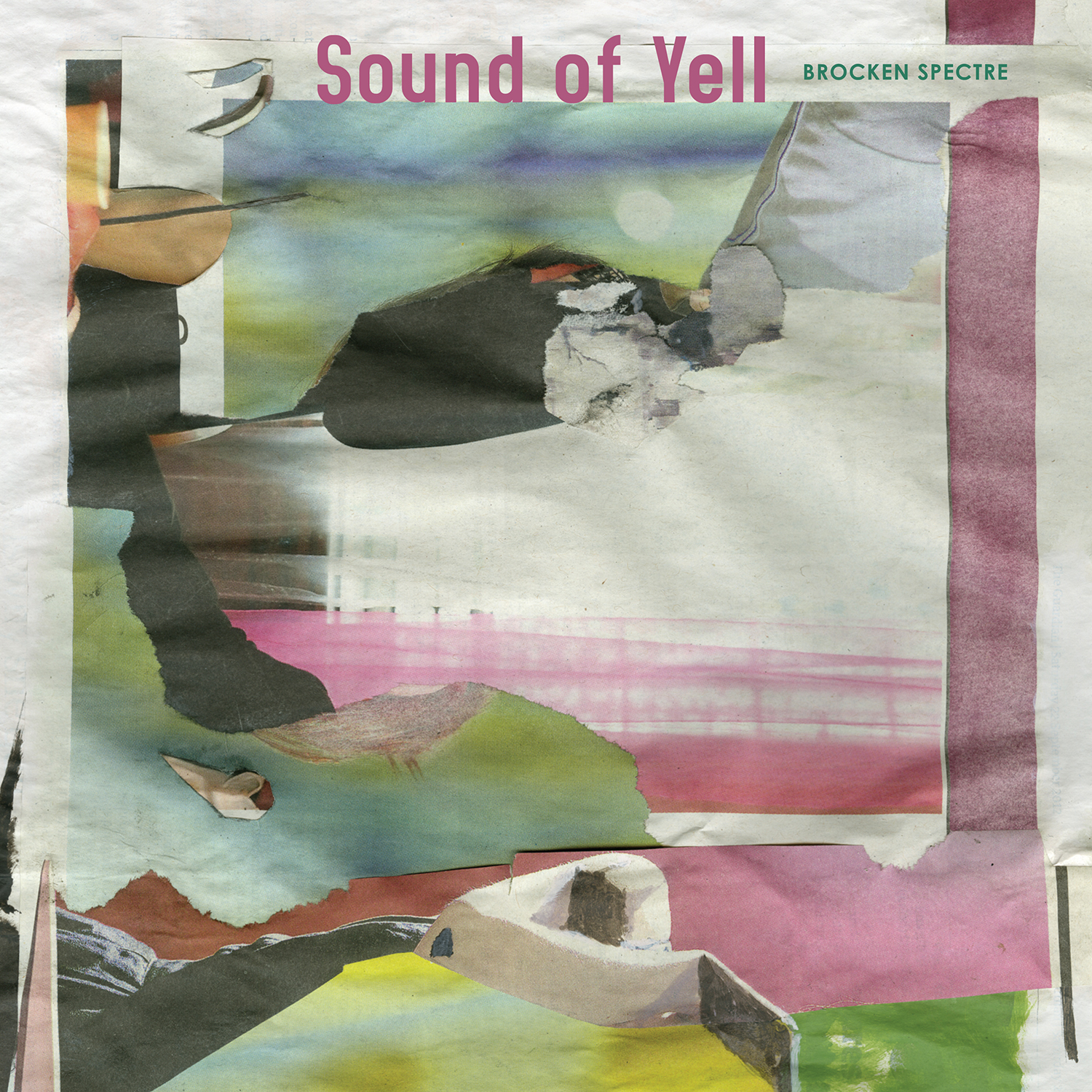 09/09/18 - What You Do, I Like at Hospitalfield, Arbroath  - 2 x trio sets feat Vikki Morton and Georgie McGeown w Sarah Forest & Neil Bickerton